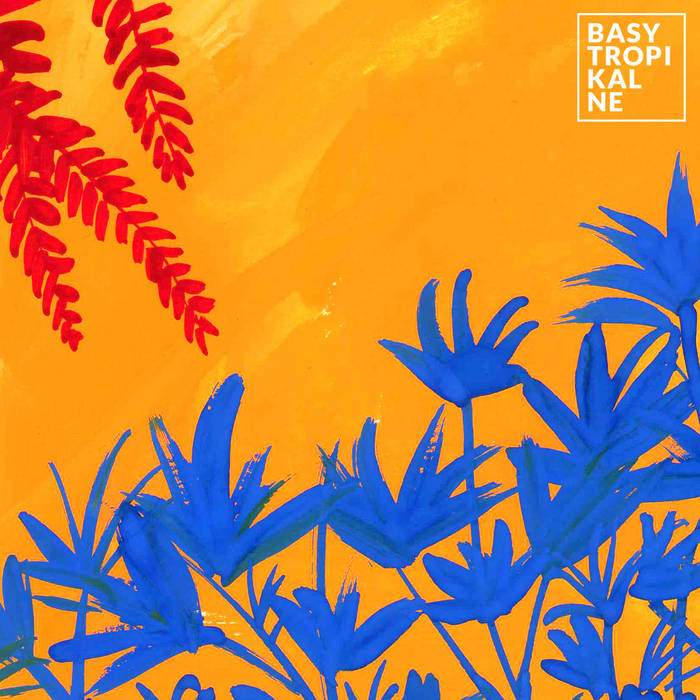 It was in September 2016 that Basy Tropikalne began operating as a netlabel and the first release came in a form of Latin American compilation. Following the success of that album – which was featured among others by Indie Hoy, Cassette Blog, Sounds and Colours and tropicalbass com - now it is time for a second installment which brings as many as eighteen previously unreleased tracks by a mixture of already recognized and rising and promising producers from all over the continent.

This massive compilation starts with Cigarra who has been doing an amazing work promoting female producers from Latin America being the manager of Hystereofônica platform. Her uplifting track is followed by extremely talented Di Laif from Guatamela who came up with a deep and ominous composition called ‘Volcan’. Next up are the wonderful minds of Rafa Caivano and Lisandro Sona for whom this may actually be the last song in a long time under the alias of Klik & Frik as their big comeback with the Frikstailers project is planned for the next month. Right after them are two fellow Argentinians – Maich presents delicate ‘Verde’ with a Caribbean touch whereas Kaleema turns to Africa and focuses her production on field recordings from Kenya.

Another remix and at the same time the longest track on the release comes from Liman producer Renzo Zong who has tried his chances on ‘Niña Salvaje’ by Jorge Mestanza and María Cristina Simon and changed it into something more profound. Subsequent track belongs to Inti Kunza, Santiago de Chile underground legend and one of the La Chimba Discos founders who jumps in with the hypnotizing ‘Peuma’. ‘Balada de Aventurança’, in turn, is delivered by Brazil’s Projeto Mujique who once again proves his skills in mixing the guitar sounds with electronic music.

Moving on we bump into a magical moment of witnessing the first ever collaboration between some of Costa Rica’s finest artists: producer Nillo and vocalist Javier Arce who created a masterpiece titled ‘Lamento de Aïa’. Beautiful and melodic ‘Renjasé’ by Mr. Toé of Konn Recordings perfectly introduces the true gem that comes next. Colombia's Cerrero and El León Pardo once again reinterpreted one of the Afro-Colombian legendary groups to create a magnificent dub remix of a classic song. Then we are treated with back-to-back tracks from Buenos Aires-based acts as hard-hitting Camanchaca duo’s ‘Seneca’ is followed by a decent song from Uruguay-born Xanducero (just listen to this wonderful drums in the second part of ‘Aguilucho en mi Ventana’…).

After that there is the fastest track on the whole album with Ecuador’s Ataw Allpa remixing last year’s ‘Candirú’, the effect of collaboration between himself and Brazilian DJ Nirso who also appears on ‘Basy Tropikalne #2 (Latin America)’ just few tracks further into the release. Brazil is also where ElPeche hails from and his major contribution to the compilation was not only mastering it but also handing over his own composition called ‘Cuicwah’.

‘Daisukidesu’ is a work by Argentina-born Germany-based Kumbale Records founder Pocho who created a kind of cinematic cumbia song sampling anime – hence its Japanese title. Ore Rüb , the name of the next project, may sound mysterious but the producer behind it is no other than Andreh Torres, previously known as Nacho Libre. It is a great honor to present the debut track of his new alias in the Basy Tropikalne release.

Thank you all. Gracias.

Bandcamp Daily  your guide to the world of Bandcamp

outré black metal, with a Victory Over the Sun interview and music from Liturgy and Jute Gyte.